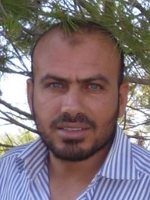 Messaoud Mohammedi was born in Biskra, Algeria, in 1975. He received the Magister and PhD degrees in electrical engineering from the universities of Batna and Biskra in 2004 and 2016, respectively. Mr. Mohammedi was an assistant professor at the electrical engineering department of the University of Eloued, Algeria from 2004 to 2009 and since 2010, he is with the University of Biskra. He is a member of the LMSE Laboratory. His main research interests are related to the renewable energy applications and energy management in hybrid electric systems.